Greetings to all, Dear Readers!
Today, as promised in the previous posts, I want to tell you about a book, or rather a poetry collection that I have read recently and that was kindly offered to me by its author, Nunzio di Sarno. I thank him immediately for his attention and courtesy. The work in question, as also present in the title of this article, is called “Mu”. The publishing house that publishes it is Oédipus. The book, despite being made up of just over a hundred pages, is complex in the eyes of the less experienced reader. The poems are really many and divided into four different macro chapters. The aspect that makes reading difficult to understand is the concept on which the entire work is based. It is in fact of a philosophical-oriental matrix and originates in the term that gives the title to the text, “Mu” in fact. According to the author himself:

“Mu keeps opposites within himself and pushes us to transcend them in an impulse that springs away from logic and premeditation.
And when you think you’ve grabbed him that’s where he escapes.
We can only move together.
The koan shows us the road that becomes a trace and map.
A map that is kept right for the passage and the lights that last are the achievements, at the mercy of love and friendship, drugs, alcohol and meditations, illness, death and discipline, within the
“old, new and rediscovered” families.
In a word, Life.
That plays in the wind,
but also to the crooked pace of Monk
and the dry distortions of the Ramones.
It is a moment and the cross legs splash in the Pogo.
In a continuous push for the transformation, which he finds,
in the transfiguration of lack and excesses, the new forms. “.

In a sense, these words bring to mind the concept of ying and yang, typical of the Taoist culture. It is the explanation of every aspect of life and of the world through its opposites, the extremes by which everything is revealed. Nothing is the guardian of stillness in the self, everything changes and manifests itself in a fleeting and ephemeral way. For any question that is difficult to answer precisely, “Mu” seems to be the best definition. On a more careful reading, the concept transpires in the general sense of the collection, as if it were imbued with an aura of mystery, of absence of definition, something with unclear outlines.
The author simply reports through his verses of him what he sees in everyday life, without being too influenced by emotions, which are also fleeting and barely hinted at.
It is a clear and straightforward description of today’s society. This aspect in particular I appreciate very much, with this approach in many parts of Zen and neutrality, without however neglecting a clear vision of the whole. An aspect that I do not particularly appreciate is the writing of poems, often too prosaic, defined by a poor technique, which sometimes takes away the emphasis of my reading. Despite this, these are very communicative texts, which make the reader participate in the narrative. Obviously this is a subjective judgment and an aspect that I find in many poetic collections of the new century, probably because this is seen as a reason for the modernity of the general drafting.
In any case, my rating, on a scale of one to five stars, remains positive.

Covid-19 is not an isolated event: 70% of all emerging infectious diseases (SARS, Ebola, swine and avian flu) come from animals and intensive farming, with many animals herded in confined spaces is the ideal environment for the proliferation of viruses, such as coronaviruses and influenza viruses.
This is the stark truth, but our politicians don’t want to face it!
Respect for and protection of nature are the only vaccine that can protect us from new and future pandemics.
Greenpeace is asking the Italian government to stop intensive farming and the global system of production of our food, which feeds them. I just signed the petition, sign it too! https://bit.ly/3wkJQoC 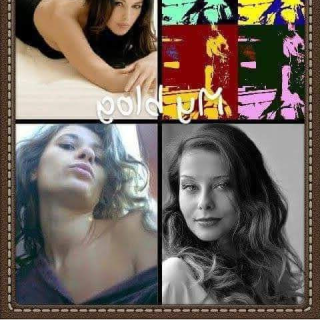 A Place for My Head

Written and directed by myself

A Place for My Head

Written and directed by myself